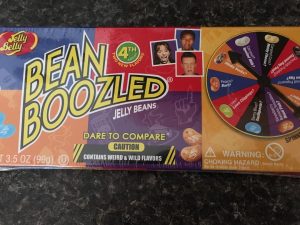 After catching up on my dog training podcasts, I was enlightened to the importance of the cue in teaching/maintaining a dog’s behavior. Specifically, a wonderful episode of Hannah Branigan’s “Drinking from the Toilet” with guest stars Eva and Emelie from Carpe Momentum dog training. (Honestly, every episode featuring them always enlightens me to some aspect of my training that I’ve totally been missing. Lots of “AH HA!” moments.) Cues are far more powerful than I’d ever realized and often an overlooked concept when training.

As frequent readers know, I’m an advocate for positive-based training. My focus is on making sure my dog is rewarded for doing something right and setting up a training session so that he’s most likely to be right rather than wrong. I’ve also been recently strongly influenced by Denise Fenzi and her group of instructors in that the dog is never wrong and giving a dog a cookie even when he’s “wrong” is actually a good thing. It creates and maintains the association that training is FUN! And that’s what I’ve always wanted it to be for my dogs.

But what about when your dog “knows” (sorry, but I have to put that in quotes because I think we all sometimes think our dogs know something but, it turns out that we didn’t train it as well as we could have) how to respond to a cued behavior but doesn’t? Shouldn’t we withhold a reward because he was “wrong?” If you’d asked me several years ago, I would have said that you should. However, I’m now changing my thoughts on this. In an ideal situation, the cue is followed by the proper behavior which leads to reinforcement for the dog. The dog looks forward to hearing the cue because it’s an opportunity to earn something he wants. If the dog hears the cue and does not respond as expected, many people will not give him a reward. Now the dog has the potential to become conflicted. Before, hearing the cue meant a good thing was coming. Now, sometimes hearing the cue means a good thing is on its way BUT sometimes it means something unpleasant is coming (whether it’s just no expected cookie or worse: a collar pop or other physical punishment). So, when presented with the cue, the dog is no longer certain of the final result.

It’s like the disgusting jelly beans in the Beanboozled game. You don’t know what flavor you’re going to get. This bean you picked could be amazing and delicious (like toasted marshmallow) or disgusting (like soap). You can’t tell going in whether something good is coming or something bad. This is exactly how your dog may feel if sometimes he gets a cookie following a cue and sometimes gets something negative. He may hesitate to do it the next time or not do it at all depending on how sensitive your dog is or how punishing (the scientific meaning: with the goal to decrease the frequency of that behavior) the consequence is.

It’s my job to make sure I’m using cues properly and setting up my training sessions so that my dog can respond in ways I can reinforce so that he ultimately understands what my expectations are with that cue.

This means that cues are very powerful. They let your dog know he has the chance to earn something pleasant. So what if you find your dog is frequently not responding to a cue even if you’ve always given him a cookie whether he was compliant or not? Since you want the cue to mean something, a particular behavior that will be rewarded following you giving that signal, you’ll need to re-evaluate your session. WHY is the dog not responding to the cue? Has it been trained to fluency? Is the environment too distracting? Are you too far away? Did you change your cue in some way that’s not initially apparent to you? Is your hand headed towards your treat pouch (or parked there) in anticipation of your dog performing as you expect? The onus is on us to determine why our dog is “failing” to respond as we anticipated and set up the training session so that the dog is able to get reinforced. In my own training sessions, if my dog isn’t responding to the cue I’m giving after 3 tries, I make it easier. There is no point in devaluing my cue (every time the cue is not followed by reinforcement, it’s meaning is lessened) by asking my dog again and again to do something he’s clearly not capable of performing at that time.

One of the biggest mind-blowing moments in the podcast for me was that a cue reinforces whatever comes before it. Since the cue itself is a path to reinforcement (I say this word and you will get a cookie after for performing the proper behavior), it also marks whatever precedes it. If your dog is looking at you with focused attention and you cue a “sit,” not only are you more likely to get that behavior response BUT you’re also reinforcing the focus on yourself! *MIND BLOWN*

Because cues are so vital, we really have to be careful when we use them. We don’t want to inadvertently poison them by following them with something unpleasant. We don’t want to use them when we don’t expect the dog to be able to comply because that makes them have less meaning. And we want to use them only when the dog is doing something we already like! That’s a lot to keep in mind while training. Sometimes I’m surprised my dogs have learned anything!

The podcast episode I’m discussing can be enjoyed here: Drinking from the Toilet Episode 49

I'm just a traditionally-trained artist with interests in dog training. I currently teach classes at the local obedience training club (tricks, freestyle, and Rally-FrEe) and I also teach classes professionally for an organization who helps veterans train their own service dogs.
View all posts by Jamie →
This entry was posted in Thoughts, Training. Bookmark the permalink.